2. ‘Welcome to Taipei’, my first steps into a new world 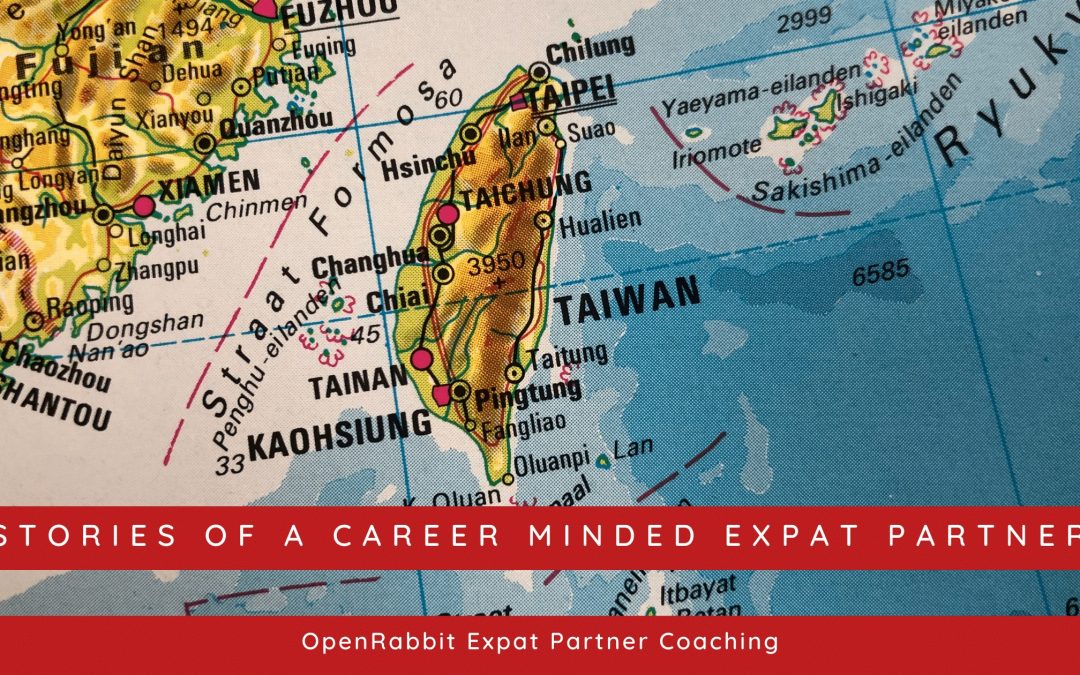 My boyfriend came home smiling from ear to ear. “I have been offered an assignment in Taiwan!” Something he had been hoping for for several years, since an exciting visit to the Far-East as a student. His ultimate dream was to work in Japan.

“It’s not Japan, but it’s close enough for me! Shall we go? Please, say ‘yes’.” “Yes”, I said without thinking, but then I added, “but only if I can find a job there”. That worried him a bit because he didn’t want anything to stop him from pursuing his dream.

We were both 32 years old and career-minded. I wanted to join him on this new adventure but not at all cost.

I started my research and sent several open applications to HR consulting firms in Taipei. Days, and then weeks, passed by, but I heard nothing back. “This is not great” I thought “but I am not giving up!”.

I managed to arrange some meetings with my own company branch and with my boyfriend’s HR department in Taipei. “It’s a start”, I thought, “it will be fine.”

A month later we were on our way to Taipei for a 5-day look-see visit. How exciting, my first time on a long-haul flight and first trip to the Far East! It was a 16-hour flight with a stopover in Bangkok. I didn’t sleep a wink. Not from excitement but just something I have never managed to do, until this day.

My boyfriend’s future boss and his wife picked us up from the airport. We were made feel so welcome, it was like landing in a warm fuzzy blanket. They took us out to dinner and my first experience of Asian hospitality was amazing. Busy, buzzing, exciting and most of all, wonderful food.

The first morning my boyfriend went off to the office to meet his future boss and I decided to walk around town. It looked like there were scooter shops everywhere based on the number of them parked on the pavement, or so I thought. It turned out that the whole city was full of scooters, thousands, ten thousands, hundreds of thousands of them, parked and driving. Every time traffic lights turned green, a mass of buzzing flies took off and left a grey cloud of fumes.

Crossing the street was a challenge in itself, even with the pedestrian lights on “Walk”. Taxis, scooters and other traffic whizzed around the corner and if you didn’t continue with a confident pace, they assumed you gave them priority. “Welcome to Taipei traffic where you have to fight for your rights”, I thought, taking on the challenge.

Around lunchtime I started looking for somewhere to eat. Restaurants were plentiful and I peeked inside one after the other to see if I would dare go in and order food. It looked difficult and a bit scary. “How do I communicate with these people, I can’t even read the menu?”, I thought. I didn’t feel brave enough. I was on my own, jet-lagged, hungry and for the very first time in a completely different environment.

I gave in and decided to go to a McDonald’s.

I pushed the door open and one of the girls behind the counter shouted something at me, in Chinese, obviously. I was taken aback, scared. “What did I do wrong?”, I thought. I turned around and left, a bit shaken and not knowing what to do now. Walking on I came across a convenience store and felt a huge relief. This was something I could manage. I went in and bought some food and took it to a little park.

It was a warm sunny day and the spicy smell of incense from a little temple in the corner filled the humid air. I found a bench and sat down and immediately started to relax. It was exciting to be in Taipei. A little difficult and scary, but exciting.

I soon discovered what that girl at McDonald’s shouted at me because it happened over and over again in almost every shop and restaurant I entered. Perhaps not with as much energy but definitely with a raised voice. She had shouted “Huan ying quan ling” (歡迎光臨)which means “Welcome”!