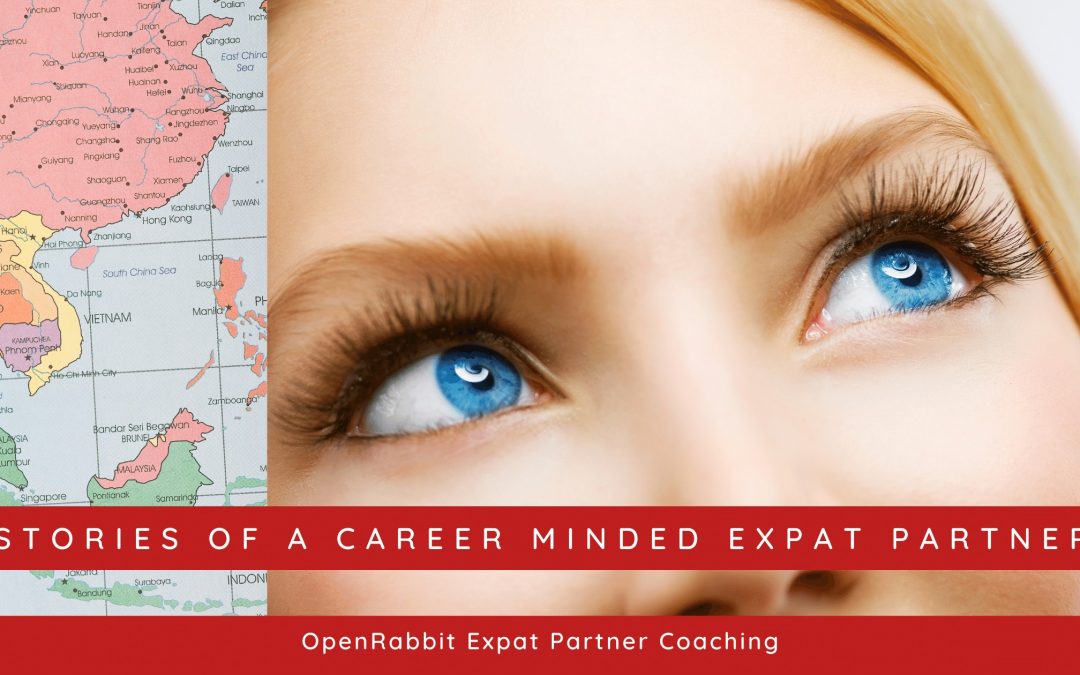 I had landed on my feet. After about seven months in the local Taipei office of one of the Big Four accounting firms, working in a complete Taiwanese environment without speaking the language, I had moved on to the Asia Pacific Regional office in the role of Regional Human Resources Manager.

My responsibility was to work with all the HR departments of the member firms in the Asia Pacific region, to bring their HR practice up to global standard. The member firms were independent partnerships so technically they could do whatever they wanted. However, if their practices were not up to standard the firm could cancel their membership and they would no longer be part of the network. I never knew it worked that way so I learned something new on my very first day.

“Wow”, I thought, “now I know what people were talking about.”

Our office was tiny, with just my British boss (whom I will call Jim), two other Brits, an Australian, an American and four Taiwanese ladies. Jim was known to be difficult but, in those first few weeks, I had no problems with him. However, very soon I observed the first incident of many where he lived up to his image. My Australian colleague had done something that Jim didn’t agree with and he was given a public dressing down. “Wow”, I thought, “now I know what people were talking about.”

Our Taiwanese staff were mainly administrative support and, to Jim’s credit, he was most respectful and never ever unpleasant to them. It was mainly the Western men that were shouted at and sometimes the women, but in a less aggressive way.

The common ‘threat’ of the boss brought us all close together

The tension in the office was very noticeable when Jim was around but fortunately for everybody, he travelled around the region for about 90% of his time. When he was away, everybody was relaxed and we had great camaraderie. The common ‘threat’ of the boss brought us all close together.

After about a month in my job, Jim was back for a few days and I had a catch up with him. I told him what I had learned but also what I was unclear about. And then he said it. “Why don’t you go to Hong Kong to meet with the ladies who used to run the regional HR and find out all you need to know.”

I was so excited! My very first business trip. Well, perhaps not my first. Back in Amsterdam I had been on one business trip to London, 40 minutes on the plane, back and forth in one day. But this was real. Three days Hong Kong!

My boyfriend had been traveling for his work for several years and came home with exciting stories. He loved it. I had always wondered what it would be like and was keen to find out. My boss Jim had just said it, as if it was nothing. As if he suggested that I take the bus to the next village. Well, for him it was probably like that and I doubt that he noticed how excited I was.

The office’s travel agent made the bookings for me and off I went. I had been to Hong Kong once before as a tourist but this was different. I was booked in the Marriot Hotel on Hong Kong Island, not the worst of lodging establishments. Whoever saw me that day must have noticed my beaming face.

The ladies in Hong Kong entertained me for the entire three days and the trip was a success. Very soon after I returned, there were more requirements for me to travel. I had to visit the new offices in Jakarta and Manila and a new unit in Kuala Lumpur that had joined the firm recently to discuss their HR practises. Over time I visited them on many occasions and every time it was a joy to be in those countries to experience the culture and eat the beautiful local food.

“Because you are the new ‘blue-eyed girl’”

Then, one day Jim asked me to join him on the regional board meeting in Thailand. Of course I was happy to go, even if it was only to take minutes. I had never taken minutes before but I would make the most of it. One of my colleagues used to join Jim on these events and I asked him why he didn’t go this time. “Because you are the new ‘blue-eyed girl’”, he said. Apparently, every new employee went through this phase at the beginning of their employment and it would last for as long as you could please Jim, which was usually not very long.

Off I went to Thailand for this two-day event. The senior partners were used to luxury hotels and top of the bill service so I was in for a treat. And a treat it was. I had stayed at some nice places before but I had never seen a hotel room like the one they booked me in. The room, or suite really, consisted of a living room, bedroom and bathroom, all more or less the same size, big, and they were all interconnected. I felt like getting a bike and cycle around. The bathroom was massive with one side for him and the other side for her. Not just two basins, but two showers, two loos as well and a large bathtub in the middle.

I had to remind myself that I was there for a business meeting and after a luxury breakfast I set myself up in the meeting room. As I said, I had never taken minutes before and all I could think of doing was to take notes, just like in a university lecture.

We got the meetings out of the way and after a lovely Thai farewell dinner we packed up to go back home the next morning. Back in the office I looked through all my notes and started writing. It soon dawned on me that writing minutes was a skill that I did not have. I did what I could and Jim called me the next day to ask how far I was. I told him that I had a first draft and he asked me to send it to the Chairman to have a look.

That was the end of my blue-eyed era

It turned out that the Chairman wasn’t impressed with my minutes and had told Jim that he had to do them. Jim was not pleased and that was the end of my blue-eyed era. It hadn’t lasted for very long.

From then onwards I was treated like all the other foreign staff in the office and I found out that he was the most unpredictable person you can ever imagine. Whenever I did something that I thought might upset him, he laughed about it. When I did something that was not very important and hardly worth his time, he would get all upset and raise his voice.

Fortunately, he was hardly ever there and most of the time I could enjoy my job, travel around the region, meet different people, experience different cultures and eat beautiful Asian food. And whenever I had to deal with him, I just thought: “In a few days he will be gone again and we can all go back to enjoying our jobs.”