8. Is there ever a good time for a career woman to fall pregnant? 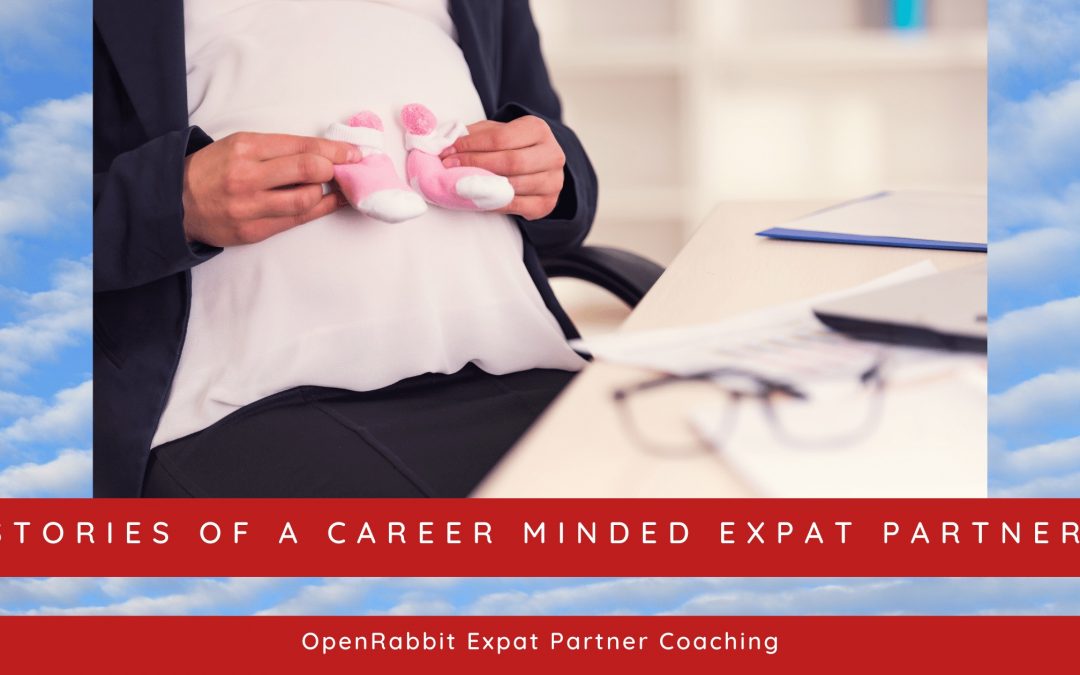 Is there ever a good time to fall pregnant when you are a career-minded woman? I had seen several of my friends, when I still lived back home in the Netherlands, become pregnant, have babies and go back to work. Their stories were not very encouraging. The struggle with long working hours, strict day-care pick-up times, traffic jams that didn’t help with getting home on time, husbands not doing their share, etc. The stress of it all put me off. I wanted children, eventually, but I allowed myself to not worry about it until I was 35.

A few years later my boyfriend was offered an assignment in Taiwan and I managed to find a job for myself and joined him (see my blog “How I continued my career in Taiwan”). A couple of years into our assignment, I was turning 34 and became very aware of the upcoming deadline I had set myself. I hadn’t really thought about it much up to then but still believed that I shouldn’t wait beyond age 35 to have my first child.

Working life in Taiwan didn’t make it any easier than in the Netherlands to combine work and children. Many Taiwanese mothers worked full-time and children were taken care of by mothers-in-law. In most cases the mother-in-law was completely in charge and the parents had little influence on how the child was raised. Sometimes, the children even lived with their grandparents and not always close by. My boyfriend’s secretary’s children lived in the south of Taiwan, a plane flight away and she visited them just once a month.

Obviously, for us there was no family around to help out with childcare and I am not even sure if I would have wanted my boyfriend’s mother in charge of my children in any event. A Dutch couple, friends of ours, in Taipei had had a child who attended a local Taiwanese nursery. The father had studied Chinese and was a fluent speaker and his wife was pretty good herself. It worked for them, but I didn’t really see this as an option for us with my limited understanding of the language. There were no English-speaking day-care options.

A change of law helped me decide

Then, quite fortuitously, the law changed. Up until then, only the CEO or general manager of a foreign company could sponsor a work permit for a non-Taiwanese domestic helper. Most domestic helpers came from the Philippines because Chinese helpers were simply too expensive and weren’t willing to take on all domestic tasks. The law had changed so that from then on, all divisional managers at foreign companies could sponsor a foreign domestic helper. My boyfriend’s role luckily fell within the guidelines and we were officially allowed to employ a Filipino amah, as they were called.

This changed everything for me. It meant that I could continue my career while having children. I also liked the idea of having someone in the house rather than having to take the baby somewhere where it could pick up all kinds of germs. All in all, great news and the doors opened towards the next phase in our lives. The first step was to finally get married. We had been putting this off for various reasons but now we had a good reason to.

What was going on?

Six months into our marriage, I went on a business trip around the world. The first stop was the Netherlands, with business meetings booked in Amsterdam. A great opportunity to stay with my father near The Hague instead of at a hotel. The jetlag hit me much harder than usual. I was exhausted. I spent most of my free time with my father. He asked, “don’t you want to meet up with your friends?” but I was just too tired. Next I went to Dublin. We had a two-day global HR conference and it was great to meet so many people that I had communicated with by phone over the past few years. A colleague from India invited me to visit her country next to discuss HR developments there. I was really looking forward to that because I had never been to India. It was a great conference but I didn’t make it to the evening activities because I was just too shattered.

The next exciting stop was New York which I had never visited before. We had a project meeting with a global team that had met several times before in different parts of the world. They were a very nice bunch of people and we all got along really well. After the meeting the host took us out to her local and I almost fell off my bar stool because I was so sleepy. Why was this jet lag hitting me so hard? I had done it before, why was it so different now?

As this was my first time in New York one of my colleagues offered to take me on a tour around New York City the next day, before I flew back to Taiwan. How exciting! The following morning, I dragged myself out of bed and I am sorry to say that I was very bad company and didn’t enjoy my first time in the Big Apple. I don’t even remember what we did that day. I just remember that I was worn out to take anything in. I felt so sorry for my poor colleague.

On the flight back home it dawned on me that perhaps I was so tired because I was pregnant! I arrived home and one of the first things I did was to make a trip to the pharmacy. A quick pregnancy test confirmed what I was suspecting; I was having a baby! A whole new phase of our lives started that day. Scary, daunting, exciting, all at the same time. I wasn’t going to tell anyone, not for the first three months. The next day I went back to work, business as usual with a mysterious grin on my face. Nobody noticed and my happy little secret was safe for now.