9. How becoming a mother changed my view on work 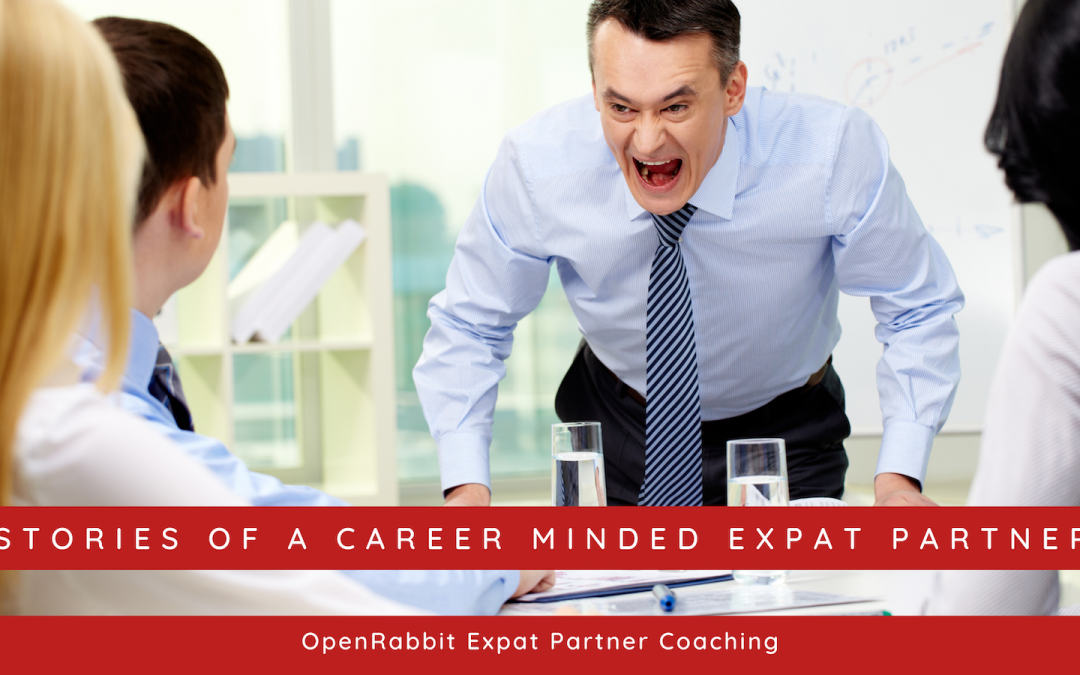 We had been in Taipei for two years and I was working as Regional HR manager for one of the Big Four professional services firms. My British boss, Jim, was unpredictable and could be hugely unpleasant but as he was traveling 95% of the time, it was bearable and I was very much enjoying my job. I had just discovered, after a long business trip around the world, that I was pregnant with my first baby (see blog: Is there ever a good time for a career woman to fall pregnant?). I had decided not to tell anyone at work until I started to show.

When I was 19 weeks pregnant and still hardly showing, Jim told me that he had volunteered me for a global committee and that there was a meeting the next week in Boston. “Oops”, I thought. I had an important check-up scheduled in that week that I couldn’t miss. I decided that this was probably the right time to tell Jim, so I did. His response: “I thought that you wanted to be involved in global projects so this is your chance. If you don’t want it, fine.” Clearly, the pregnancy was a non-issue for him and not worth his time.

After some deliberation I decided to change my appointment in the hospital and went to Boston. It was the most useless meeting I have ever been to. I had made a lot of effort for nothing; a very long plane ride, all that jetlag, for what? That was the first time that I felt that traveling around the world and attending meetings was not a guarantee for excitement. Up to then my life had been about work and international career progression but clearly, there was now another focus that became important as well. It made me more aware of what I was spending my time and energy on.

A month later, it became clear that I needed some maternity clothes sooner rather than later. There was no chance of finding anything in my size in Taiwan. I am about 10 inches taller than the average Taiwanese woman and had never been able to buy clothes there except for some casual wear. Fortunately, my global HR project team had a meeting coming up and this time it would be in Dallas, Texas. I emailed my colleagues that I needed to do some maternity shopping and they were very excited about joining me. A few weeks later I was trying on maternity clothes in a big American mall in Dallas with my colleagues from France, Czech Republic and India, a true international event. Was the meeting useful? No, the project we were working on was going nowhere but the trip had served another useful purpose.

Several months later my son was born and after the two months’ statutory maternity leave and another month of annual leave I was back in the office. It was a whole new experience to be back at work. Work was still important to me and I was happy to be back. However, work was no longer the only contender for my time and attention. There was another purpose in my life that ultimately would take priority.

Jim continued being his own impossible self, being unpredictable and unpleasant most of the time.

After a month back at work I realised that working full time was too much. I just felt that I didn’t have enough time to spend with my son. And, one day, I just went for it. I asked Jim if I could work four days a week. I thought: “If I don’t ask. I won’t get”. Surprisingly, he said “Yes” and with a big smile on his face he added: “That is the beginning of the end”. “No way”, I thought, “I will show him that mothers still have a role in the professional world.”

In the following months I noticed that I had started feeling differently about Jim’s behaviour. I wasn’t having it anymore. I was more vocal to him and not taking any nonsense. Motherhood had made me more aware of the fact that work is just work and that there are more important things in life.

My unconditional excitement about business trips was fading

The next global HR project group meeting came up and this time it was going to be in Thailand. It was my first business trip since my son was born and, fortunately, not too far away. It was nice to see all my colleagues again but in this meeting it became even clearer that what the project leaders were trying to achieve had a small chance of success. There was just no appetite among the member firms to go ahead with it. I sat in my hotel room after the first day of meetings and thought: “What am I doing here, alone in a hotel room in another country, spending time away from my son for a useless meeting about a project that nobody wants?” The unconditional excitement about business trips had clearly faded.

I came back from my trip and I was in the office that Saturday. There were some important things that needed doing and it would only take me an hour or so to do. Jim was in the office as well and not in a good mood. He came to my office and had a go at me about something that I thought was a minor issue and definitely not something to make a fuss about. This was unpredictable Jim in full blow, but I was not in the mood.

Motherhood had made me fearless and determined

And there, at that very moment, I made a decision. I was fed up. With my new priority, my son, I wasn’t prepared to waste my time on travel to useless meetings and I definitely wasn’t going to put up with a miserable, unpredictable, unpleasant boss anymore.

I walked over to Jim’s office and said: “I am resigning. I have never met a person as unpleasant as you and I don’t want to work for you anymore.” “Fine!”, he said angrily. But then I added: “But I won’t leave until I have found another job.” “But that is unacceptable!”, Jim cried out. “Fire me”, was my defiant response. I turned around and walked out of his office and went home.  To my own surprise, motherhood had made me fearless and determined.

I didn’t hear from Jim. He was on a business trip and planning to be away for a long time. “Phew, that was a relief”. I used the time to start up my job hunt. I had been in Taiwan for more than three years and I had built quite a network. I knew where to look for my next role.

Again, as in previous job searches, the fact that I was foreign was my unique selling point and I was hired by an HR consulting firm. I would be the only foreigner and they wanted me to find clients amongst the foreign community in Taipei. There was no travel involved. Excellent!

I asked for a four-days-week contract but my new Taiwanese boss didn’t understand how that would work. “What about your target and bonus?”, he asked. “Well”, I responded, “it’s easy. My target will be 80% and if I reach it you pay me 80% of the bonus.” He couldn’t picture this and suggested that I started full time and then, once I was settled and things were going well, we could talk about it. I wanted the job so I accepted. Did he mean it? Probably not. Did I know that? Probably, but at that moment I just wanted to move on. I would sort the working hours out later.

I told Jim upon his return, and, unpredictable as he was, he was happy for me. I worked out my contract harmoniously and left to start my new adventure.

I did send Jim a message after I left to thank him for my time in his office. I told him that we may have had our differences but I thanked him for the opportunity. I had learnt a lot and gained wonderful experiences and, to be fair, he had made them possible by hiring me and trusting me to represent his office around the world.

Motherhood had made me fearless, determined and mature. Work was important but I wasn’t going to put up with any nonsense and I was definitely not going to do things anymore that I thought were a waste of time. I had a more important purpose in my life. My son!

And the working hours in my new job? They got sorted out but not in the way that I had envisioned.