10. I made a quick sidestep to land the next perfect job 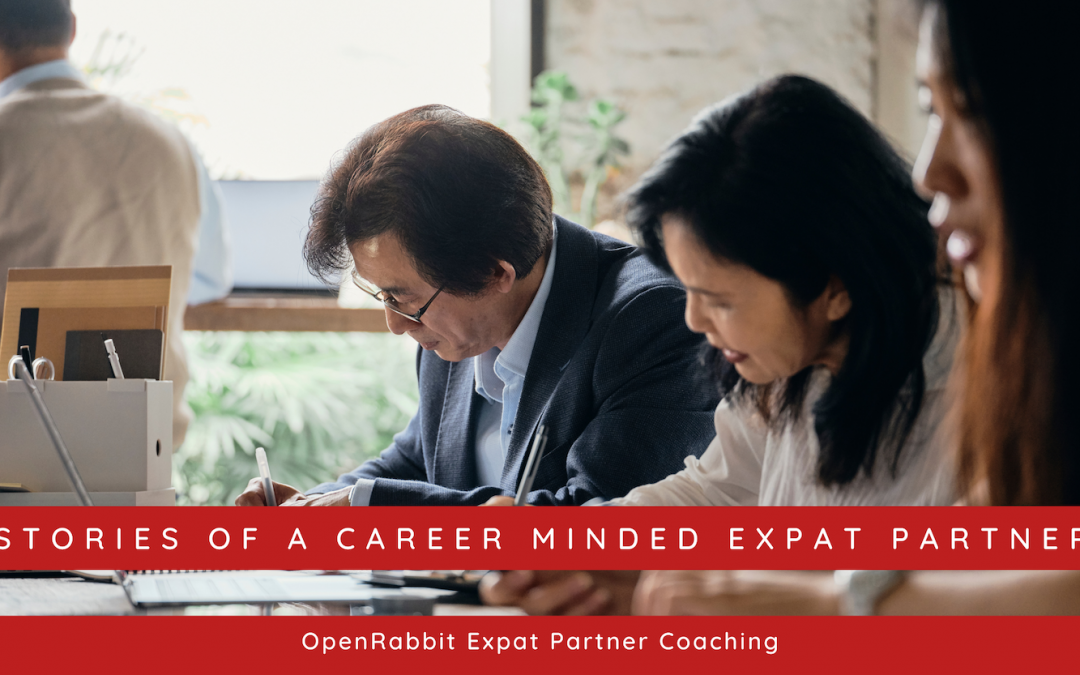 My son was one year old and I had just left my job, that required me to travel frequently, for a role in a local Taiwanese HR consulting firm. I was hired as the only non-Taiwanese in an office of about 80 staff and my job was to penetrate the foreign business community in Taipei. I had requested a four-day-week contract but my new boss had no experience with part-timers and suggested that I start full time and take it from there.

Enthusiastically, I dived into my new adventure.

My colleagues were lovely. Taiwanese people are, in general, very open to Westerners. In their complicated relationship with mainland China they have always relied on support and protection from, mainly, the US and they have a fond relationship with the West. In addition, I found that the Dutch and Taiwanese culture work well together as we are both outgoing and direct.

That takes me back to a conversation I had with a taxi driver once. Taxi drivers in Taipei are very chatty, either in broken English or in Chinese to which I tried to respond in broken Chinese. Once, before I had my son, I was in a taxi and the driver was chatting away. He asked me where I was from and what I did for a job.

Then he moved on to more personal questions and asked if I was married. I wasn’t officially married at that time but to keep it simple I just said “Yes.”
“Do you have children?” he asked next.
“No”, I answered.
“Why not?”

His directness made me smile but I didn’t really know how to answer him.
“Er…, I am too busy.”
“Ah”, he said, satisfied with my response, “Not yet”, and we continued chatting about other things.

I love the Taiwanese directness.

Was this job going to be a sidestep?

Back to my new job. Most of the internal communication was in Chinese but fortunately, the Taiwanese use enough English words in their business language so that with my broken Chinese I could just about follow what they were talking about.

I was mainly used to help with proposals for foreign clients. What I noticed was that my Taiwanese colleagues had a very different style from the structured Western way that I was used to, focusing on content, clarity and logic. Clearly, in the Taiwanese business world the focus was much more on relationship building and well-structured and logical content would come later, if necessary.

One day, my boss called me and said,
“We are working on this proposal and we need your white face.”

He was pitching for a job with an American company and he thought that showing the client that he also had foreign consultants would make him look more credible. I happily went along and presented a general overview of our firm after which my Taiwanese colleagues took over talking about the project. We did get the job but I don’t think it had anything to do with my ‘white face’.

Just as I had experienced in my first job in a local environment in Taipei, Taiwanese people have a different way of working together from what I was used to in a Western environment. My colleagues all seemed to have their own clients and did their own business development, which is not so unusual for consulting firms, but it was done in such a way that it felt as if each director was running his/her own little consulting firm. Other than that occasion where I was asked to present my ‘white face’, there was never any collaboration between directors to develop the business together. There was no sharing of information, no passing on leads to each other. As such, I was also expected to, singlehandedly, run my own little unit. I found that difficult and felt quite lonely.

What I also found difficult was that colleagues seemed to enjoy office life and didn’t hurry to get home. It was not that they were slaving away at their desks; a lot of their social life was with colleagues in the office. The unmarried people especially, who still lived with their parents, were in no rush to get home at night. Obviously, my situation was very different. I was happy to work but wasn’t in the office for social entertainment. I wanted to do my job and go home to my son.

Every night, I looked around the office and planned my escape without being noticed by too many people. I ended up sneaking out at around 7pm every night and with the heavy traffic I wasn’t home until close to 8pm. This was not the life that I wanted to live. I had only been with this firm for a few months but I already decided that this was not going to be long term. I had to think of what to do next.

Coming to the end of the sidestep

The solution presented itself. Jim, my previous boss, was on the board of the British school in Taipei and when I was working for him, he volunteered my services to the school board. They had been talking about integrating the British, German and French schools and needed help from a consultant. I worked with them on and off and was still doing that when I moved jobs.

One day, the chairman of the board called and told me that board elections were coming up and asked if I would be happy to stand. I could then offer my consulting services as a board member. I told him I would think about it but I wasn’t convinced I wanted to do this. The consulting work I had done and what was going to be necessary to bring this project to the next stage went beyond the responsibilities of a board member. It was more or less a job. “Tada!” I thought, “Could this be my next job?”

The next day, I contacted the head of the British school, John, who I had been in contact with most about this project. I invited him to meet me for breakfast and he gladly accepted.

When we met he seemed nervous. I asked him how he was and he shared he was a little anxious about our meeting because he was worried that I had been sent by the board to fire him. “No!”, I reassured him. “On the contrary”. I explained to him that I had been asked to become a board member but that I actually thought that it would make more sense if I worked for the school as an internal consultant to lead the integration project. I then asked him directly “Can I work for you?” His response was “I would be delighted.”

With a jump in my step I went to the office and waited for John to sort the arrangements for my employment with the board. A couple of days later he phoned to offer me the job. I was hired to lead the school integration project that was going to result into the Taipei European School (TES). And even better, I was going to work three days a week!

I loved the job description, I loved the part-time schedule. This was going to be great.

And it was. I stayed with TES until we left Taiwan three years later for our next adventure: Tokyo.